Rourkela Steel Plant has imbibed a credo to make quality steel and spread lasting smiles amongst the people living in its neighbourhood. Going beyond the realms of philanthropy or charity, RSP has adopted a strategy of ushering in sustainable development in its peripheral villages. From education to women's empowerment, providing healthcare facilities to improving infrastructure, promoting advanced techniques of agriculture to skill enhancement, land and water management to livestock development – the multifaceted approach of RSP aims at touching and shaping every aspect of life and living of its community neighbours.
Taking a unique step forward, the plant has set up the Institute for Periphery Development that is functioning as the nerve centre of all the activities taken up under periphery development. Villagers from nearby areas are being trained in various income generation activities in this institute.

Adoption of 16 villages as Model Steel Villages is another significant stride taken up by RSP to create sustainable models of economic development.
One of the major focus areas of RSP’s CSR initiatives in educating and empowering rural women. As a part of this Project Kishori is playing a key role. Women Resource centres have been established in 50 villages to enhance the knowledge and skill of the women and ignite the spirit of entrepreneurship amongst them. A Handloom centre has been set up at Deepika Mahila Jagriti Sansthan in the heart of the Steel City. Women from various peripheral villages are being provided with training in handloom production and inputs pertaining to making it a source of income. A Sanitary napkin production centre and a Phenyl making unit are also being operated by the women in the same complex. 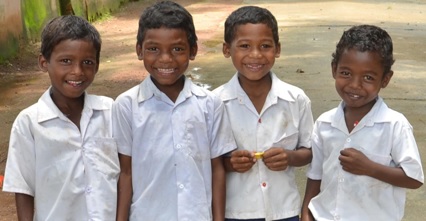 Rourkela Steel Plant has always considered the small scale industries (SSI) operating in its neighbourhood as its partners in progress. An exclusive wing – Peripheral Industries and Vendor Development (PIVD) – has been set up in RSP under its Materials Management Department for catering to the development needs of local SSI units.

Rourkela, the largest industrial town of Odisha is situated at an altitude of 219 metres above the sea level. The picturesque steel city of Rourkela is a connoisseur’s delight and a nature lover's dream come true. With a hill range girdling the city and number of parks and gardens, Rourkela presents a visage of greenery that will be the envy of many a garden city.

Rourkela’s Steel Township is a modern industrial habitation characterised by extensive green coverage and aesthetic installations. Efforts to beautify the township and upgrade its facilities never cease here. A number of artistically crafted monuments not only add significant grace to the sylvan landscape of the township but also showcase the innovative usage of steel for creating objects of art. The Indira Gandhi Park in the heart of the steel city is another effort made to highlight nature in all its glory and grandeur, and a musical fountain enthralling visitors. A zoo in the park is the second biggest of its kind in the state and is home for a diverse variety of animals and birds. The splendour of the sylvan and scenic Steel City of Rourkela has been further enhanced with the inauguration of the picturesque Ispat Nehru Park. The park boasts of a boating facility an XD Theatre as well as several other attractive features.

RSP strongly believes that one of the most fruitful investments that can be made in the present generation is in the field of sports. The Biju Patnaik Hockey Stadium in Rourkela is a full-fledged hockey stadium equipped with a state-of-the-art synthetic turf. The Steel Plant also runs the SAIL Hockey Academy (SHA) that is identifying and providing extensive training to the budding Hockey players of the region free of cost. The Academy has produced many nationally and internationally acclaimed Hockey players. The huge Ispat stadium and a number of game specific facilities have played a key role in honing the talents of the youngsters. An Ispat Dhanurvidya Centre has been set up in the year 2015 to hone the intrinsic talents of the local youngsters in this game. Besides, the Steel Plant also maintains a number of other facilities like Ispat Indoor stadium, Ispat basketball complex, Ispat Chess Hall etc that promote sports and games in a big way amongst the youth. The Sports Department of Rourkela Steel Plant conducts several national, regional, steel plant, district and even school-level tournaments to impart a fresh impetus to sporting activities and make Rourkela a sporting hub.