Dear Shareholders,
It gives me immense pleasure to welcome you to the 33rd Annual General Body Meeting of the Steel Authority of India Limited. 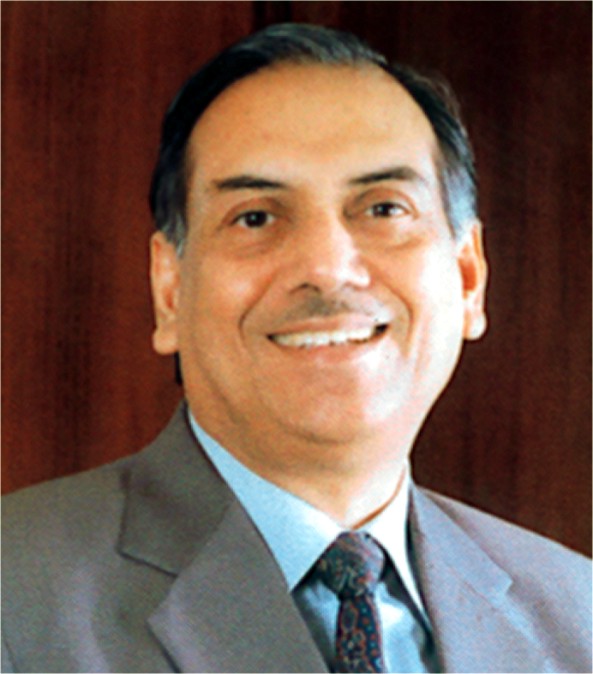 This day holds great significance for all of us and the posterity may chronicle it as a landmark in the history of the company. Our organisation has assumed a glorious stature as one of the most profitable corporates in the country. This achievement stands on the rock-solid foundation of a strong physical performance and all round improvement in efficiency and operations.

Global Outlook
For the global steel industry, 2004 was a historic year, during which the production of crude steel crossed the 1 billion tonne mark for the first time. More importantly, the steel market remained buoyant with steel consumption clocking a growth of 9% globally during the year.

Growth of steel demand in China has been a major factor for revival of the international steel market in the last couple of years. However, 2005 witnessed a slight change. There was a slowdown in steel imports by China, and it became a net exporter of steel. Nevertheless, the buoyancy in major steel markets was strong enough to prevent a relapse of the downturn. The downward fluctuations during the past few months have been in the nature of a market correction.

The symptoms of strong demand exerting pressure on the global steel market is perceptible since August 2005. The domestic market has also been witnessing steady growth of demand riding on the back of a robust growth of GDP at around 7%.

Indian Prospects
During 2004-05, the industry sector recorded a growth of 7.7% compared to 6.6% in the previous year. This was driven mainly by a surge in manufacturing activities and exports. The major steel consuming sectors like construction, capital goods, automobiles and general engineering registered impressive growth during the year.

India has today earned the distinction of being the 9th largest steel producing nation in the world. The growing strength of the Indian steel industry and the prospects of rapid growth of the Indian economy present a bright future prospect.

While a growing steel market has opened new opportunities for the steel industry, the unprecedented rise in the prices of raw materials like coal and other vital inputs, has exerted tremendous pressure on the bottom lines of steel producers. The changes in the rates of demurrage charged by the Indian Railways and overall duty structure relating to steel, have further affected the steel industry. These are the new challenges which the steel companies face and we are fully geared to face the market challenges, converting them into opportunities.

New Peaks in Performance Amidst the new excitement experienced by the steel industry across the globe, your company has continued its consistent ascent. The performance of SAIL touched a new peak with net profit zooming by 171% to a record level of Rs. 6,817 crore during 2004-05. The turnover also touched a record Rs. 31,800 crore, registering a growth of 32% over the previous year.

SAIL earned the enviable status of a virtual zero debt company during 2004-05. This was a result of the company's strategic business plan, which enabled it to reduce borrowings to the level of its deposits in various banks. At the end of 2004-05, SAIL's market borrowings, which were reduced by Rs. 2,900 crore over the previous year, stood at Rs. 5,770 crore, whereas its short-term deposits also touched a similar magnitude. SAIL did not acquire any fresh loans in the last two years and financed its entire VR scheme for more than 1,400 employees during 2004-05 from internal accruals. Interest outgo for the company was lower by Rs. 296 crore during the financial year 2004-05.

Improved Efficiency
A surge in demand for steel throughout the year gave SAIL an opportunity to register all-time high sales of steel at 10.8 million tonnes during 2004-05. The company's domestic sales grew by 8% over the previous year to reach a level of 10.3 million tonnes. SAIL consciously contained exports of steel at 4.6 lakh tonnes as against 11.7 lakh tonnes shipped during the previous year in order to make more steel available to the domestic market.

The company's thrust on enhancing revenue from value-added products paid rich dividends. A significant increase in domestic sales was achieved in railway materials, plates, TMT, HR coils and GC sheets. Production of special steels from the integrated steel plants rose to a level of 2 million tonnes during 2004-05, recording a growth of 25% over the previous year. The company supplied 7.4 lakh tonnes of rails to the Indian Railways, 6% higher than the volume in 2003-04.

It is a matter of pride that your company could promptly respond to the requirement of the Indian Navy and successfully develop special grade of plates for manufacturing the first indigenous aircraft carrier. This has provided an opportunity to us to enter into a whole range of high value products.

The soaring prices of raw materials and progressive pressure on scarce inputs have been areas of major concern. While specific consumption of coal is progressively getting reduced by numerous measures such as coal dust and tar injection, optimising coal blend, improved sinter burden, etc., SAIL has taken a number of initiatives to ensure coking coal supplies on a sustained basis for meeting its current and future growth plans. Equity participation in certain coal mines is also being contemplated, and discussions are on to forge joint ventures for development and upgradation of mines. Continuing with its efforts to reduce the company's dependence on coal, SAIL entered into an agreement with GAIL for supply of natural gas for its integrated steel plants. An MoU was also signed with KIOCL for joint development of some iron ore mines of SAIL.

It is essential to ensure long term availability of quality iron ore to support the envisaged level of production. Obtaining new mining leases and renewal of old leases have been areas of concern. We have been intensively taking up these issues with different governmental authorities. We are hopeful of getting the required support in this area, which is vital for meeting our growth plan.

The trend for the major steel producers the world over has been to strengthen their operation and competitive edge through planned mergers and acquisitions. The proposed merger of IISCO with the parent company, SAIL, is at an advanced stage. Your company has already developed Corporate Plan 2011-12 for IISCO which envisages expansion of steel plant capacity at its Burnpur Works to 2 million tonnes and development of its mines and collieries.

Setting High Standards
While devising the strategy for the future, the company continued its focus on making the best out of its existing resources. The company achieved best ever continuous cast ratio of 64% in total crude steel as against 61% in 2003-04. Labour productivity grew by 5% to the level of 144 tonnes per man per year. Energy consumption decreased to the lowest ever level of 7.29 giga calories per tonne of crude steel, a reduction of 2% over the previous year. The coke rate, at 536 kg per tonne of hot metal, was also the lowest ever with a reduction of 1% over the previous year.

You will be happy to know that SAIL became the first industrial enterprise in India to transmit surplus electrical power generated from one of its captive power plants, across different states during the year. Wheeling of 20 MW of power commenced from Durgapur Steel Plant (DSP) located in West Bengal, to Bhilai Steel Plant (BSP) located in Chhattisgarh.

New Direction
As you are aware, SAIL launched its corporate plan in 2003-04 that aims at raising its annual hot metal capacity from 12.7 million tonnes in 2003-04 to 20 million tonnes by 2011-12. The plan is based on the growing demand for steel in the country which is likely to reach 60 million tonnes by 2011-12. SAIL made a significant headway under its corporate plan during the year. Presently, capital schemes valued at over Rs. 3,500 crore are under various stages of implementation. Of this, capital schemes worth Rs. 2,200 crore are ongoing, while schemes amounting to around Rs. 1,300 crore have been accorded 'in-principle' approval.

Some of the important projects under implementation include reconstruction of coke oven batteries at Bhilai, Bokaro and Rourkela Steel Plants, modernisation and technological upgradation of Blast Furnace no.4 of RSP and Blast Furnace no.7 of BSP, installation of a bloom caster and associated facilities at DSP, installation of a new slab caster at Bhilai Steel Plant and revamping of Mae West Block system and finishing stands at Hot Strip Mill of Bokaro Steel Plant. Plans are on the anvil to implement Enterprise Resource Planning across the organisation in a phased manner starting from Bhilai. The Long Rail project at Bhilai has been successfully completed at an investment of Rs. 320 crore during the year. This is likely to benefit immensely both the Indian Railways and SAIL.

Sharing Pride and Prosperity
The sterling performance of the company has been well appreciated. Your company received numerous recognitions and accolades at the national level. I would like to name a few of them. Four employees of SAIL were conferred the prestigious Prime Minister's Shram Awards. The Government of India recognised SAIL's excellence in the achievement of MoU targets for the third consecutive year. The company bagged the SCOPE Trophy for 'Turning Around PSE' in 2003-04. The Institute of Cost and Works Accountant of India awarded SAIL for the second consecutive year in recognition of excellence in cost management efforts. SAIL's Hindi magazine

Concern for Community
SAIL has a lofty tradition of being an organisation with a human face. Over the years, it has contributed immensely to society through its efforts in the field of education, health, environment, culture and sports. With its improved financial standing, the company has been making significant efforts in its corporate social responsibility. These include our contribution to develop sports facilities, effort to preserve national heritage and monuments, support for charitable causes and activities to enrich social and cultural life. It has been a very exciting and enriching experience, specially during a period when the organisation achieved spectacular turnaround and strengthened its financial foundation. Your sustained cooperation, and the commitment and dedication of employees have helped SAIL to cross many milestones. The future looks bright and promising. With this, SAIL has today regained the respect of its stakeholders and the society.

I, along with my colleagues on the SAIL Board, take this opportunity to express heartfelt gratitude to all the shareholders of the company for their continued support and encouragement to us. I thank the Ministry of Steel for its support and catalytic role in helping the company achieve its goals.

SAIL today has carved out a unique image for itself making its mark in all spheres of the economy and society. I can say with confidence and conviction that your company is well set on the fast track of growth. It has developed the strength to withstand the vagaries of the steel business cycle. The company can boast of having a highly dedicated team of self-motivated employees who are raring to go the extra mile for leading the company into a glorious future.