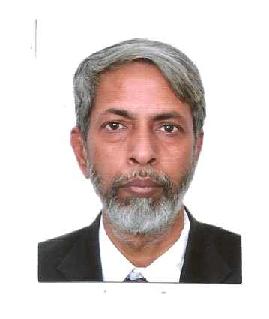 Shri Amarendu Prakash has assumed the post of Director in-charge, Bokaro Steel Plant (BSL), SAIL w.e.f. 28 September, 2020. A B.Tech in Metallurgy from BIT Sindri, (Ranchi University), he is an accomplished technocrat and possesses over 28 years of experience, comprising 24 years in Plant Operations at BSL and  4 years at Chairman’s office in SAIL. Shri Prakash began his career at SAIL in year 1991 with posting in Rolling Mills. During the long stint of 20 years in BSL, he mastered the art of steel rolling and finishing.

Shri Prakash, played a crucial role in timely completion of upgradation of Hot Strip Mill (HSM) in 1997 and 2007, implementation of ERP and six sigma certification in the HSM and was the driving force behind setting-up of technology hub to serve as a think-tank for research in hot rolling, coordinating patenting and copyright activities. Under his able leadership, patent on technical design of Reheating Furnaces was successfully filed.

As a key member of the Production and Sales Planning team, he was instrumental in strategizing the overall production and manufacturing of quality products mix for maximization of revenue. He pioneered the business analytics division for a product mix optimization, identify investment needs and proactive analysis of business information to customize production as per market trends.

A widely travelled technocrat across the globe to countries like Germany, France, Italy,South Korea, which among others, has done an immense value addition to his vast knowledge and experience in the field of Steel Manufacturing Technology.

During his short stint in Chairman's office, he orchestrated the formulation & development of key strategies at the apex level and their effective implementation. He had been involved in driving business transformation and financial turnaround of SAIL which resulted in bringing back the Company from a streak of 3 years of losses starting from FY 16 into profit in FY19.

He led the team in Management Business Simulations Competition and won the National Championship, besides winning the Asian Championship to participate in the Global Management Contest representing India.

In the year 1999, he was conferred upon by SAIL the prestigious “JAWAHAR AWARD” for best young manager for his leadership qualities.